Where to next? That was the question Plumpton College asked itself after exhausting many avenues to help its students travel to college. Despite plenty of bright ideas – from dispensing multi-use tickets to launching online prepayments and photo IDs – nothing was proving quick or easy, and the people at Plumpton were left scratching their heads.

Plumpton College is a Further and Higher education college in East Sussex, England. The college is one of only 13 independent land and environmental science colleges nationally, offering a broad, specialist curriculum in 19 course areas.

Plumpton College manages its own transport to ensure pupils can travel safely to and from the campus via 12 routes. With 800 full-time students and several thousand attending part-time courses across 2,500 acres, the college’s transport network is vital to its success.

Over the years, Plumpton has invested in several concepts for processing travel tickets, passes and payments, but none quite answered the brief. Despite their best efforts, Rebecca and her colleagues endured plenty of late nights catching up on admin, reprinting passes and working out the best way to cut down on potential fraud. 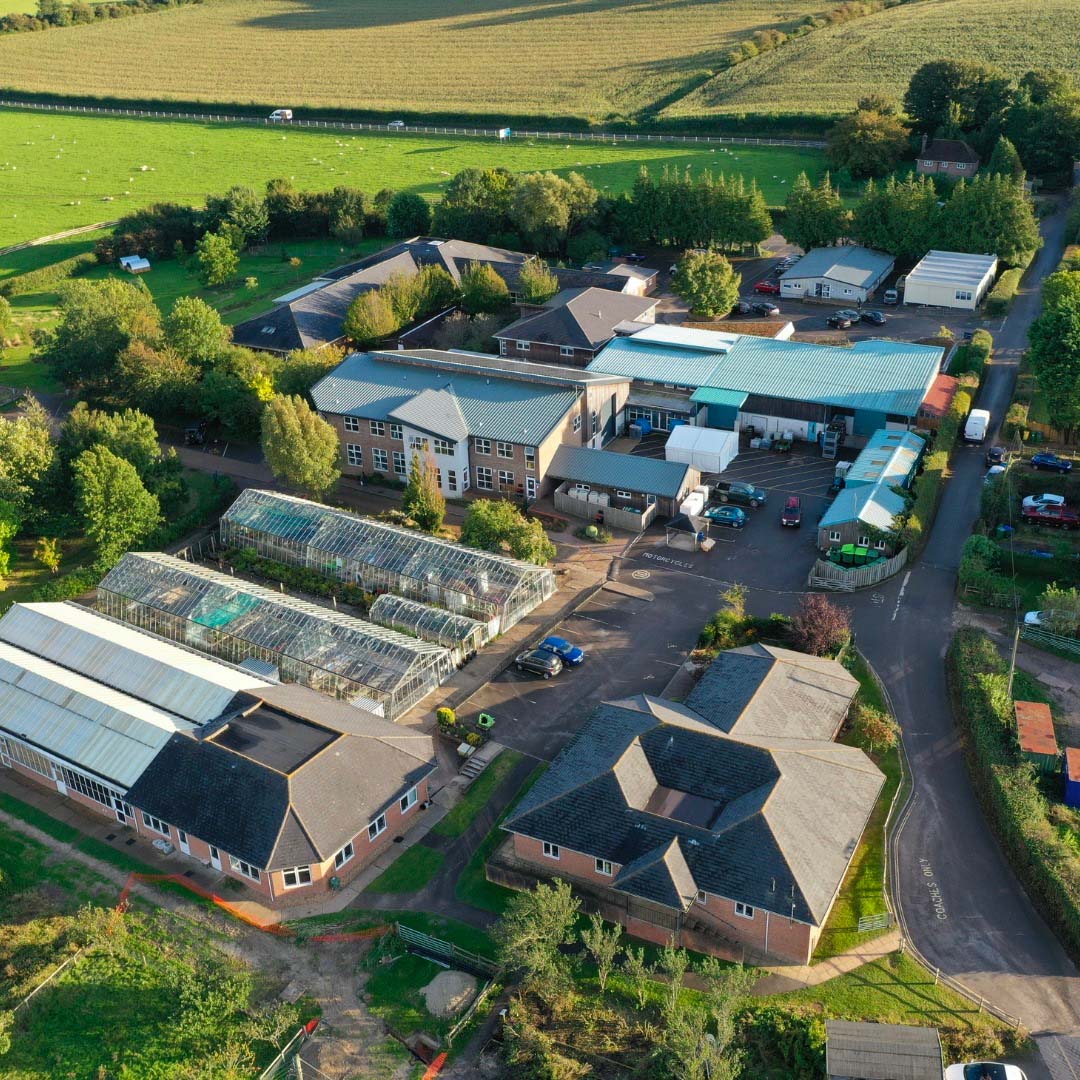 At first, Plumpton College started off with a basic paper card system. Each card was printed with 10 boxes and one box was crossed off each time a student boarded a bus. With hindsight, the team realised they couldn’t predict how many students would travel a route on any given day. Some days the buses would overfill, leaving the team having to organise an extra minibus.

The following year, Plumpton decided to expand its online shop in the hope that technology could provide more control. If students could buy a travel ticket through the College website and receive a payment receipt, they could use the receipt to board the bus. Sadly, a sizable minority found a way to exploit the system and receipts were duplicated and distributed amongst friends. The system couldn’t keep track of passenger numbers and the College lost important income.

In a bid to reduce fraud, Plumpton introduced ID cards. With a student’s name and travel route clearly labelled, it was evident that ID cards couldn’t be shared. Whilst the idea worked in principle, it proved time-consuming and labour-intensive to implement. The team repeatedly worked late to get cards ready, and in the meantime, some students gleaned free journeys.

“We spent so many late nights trying to print out all these tickets,” said Rebecca.

Too many processes, too little manpower

The main headache Rebecca faced was lack of time. Even with the offer of an extra staff member to help with the processing, the team was up against it. What’s more, the online shop had no way of managing bus and route capacity; the system couldn’t cope with demand.

Rebecca said, “The ID cards worked better than the paper cards, but the system still wasn’t perfect; we were just chasing our tails. It wasn’t sustainable and it still didn’t resolve key problems.”

In September 2020, after another long stint of printing ID cards, Rebecca resolved to find a simpler way of handling passes. She was keen to find out whether other schools endured similar issues and if a more advanced ticketing system existed. Whilst Rebecca found companies able to process simple bus tickets, she found them geared to public transport. Rebecca needed more tailored technology – to limit capacity and avoid bus overcrowding in the first instance.

When Rebecca saw a demo of ShuttleID, she understood immediately it could solve a huge problem. Its ability to set the number of seats per route and prevent capacity from being oversold was music to her ears.

Rebecca was also drawn to ShutteID’s QR codes, which display tickets on a passenger’s mobile device. Other systems she’d looked at still used ID cards – like scan and swipe RFID cards. But using yet another card system would leave Rebecca having to pair passes with students once again. She’d also seen that ID cards didn’t work well for apprentices or students on short courses. She said, “For students attending courses for just one week, we’d spend a disproportionate amount of time getting their card set up. With ShuttleID’s QR codes, it's instant.” 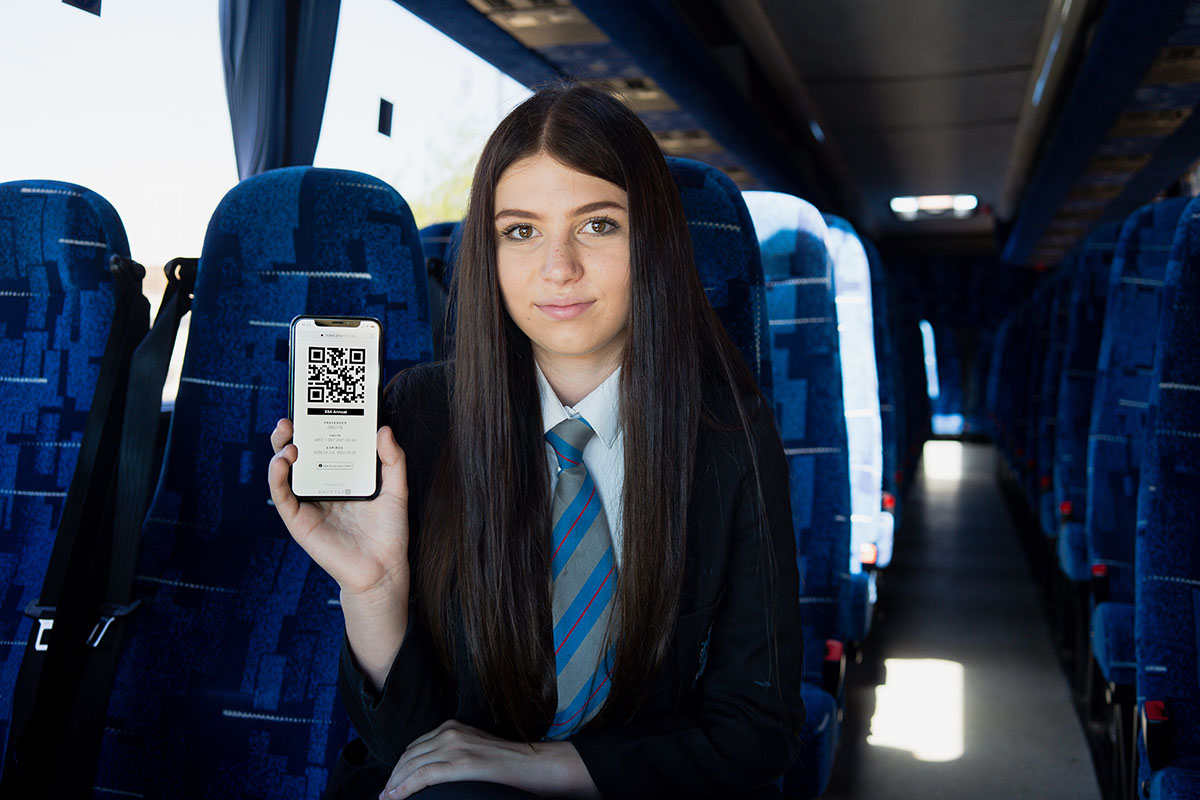 After signing up with ShuttleID, Rebecca began the setup process. She found the online platform much easier for loading tickets than her previous online shop. Plus, with passengers uploading their own details and photo, Rebecca saved masses of admin time. She watched the online ticket purchases arrive and instant tickets leave via the system’s back office; she didn’t need to lift a finger.

“Usually, I'd have to schedule two days in the diary to load all our tickets onto the online shop, but with ShuttleID it took a couple of hours to get sorted for the whole year.”

Today, once purchased securely online, the ShuttleID travel tickets display as a QR code on the passenger’s mobile. Tickets can also be printed out as backup. If a student’s phone battery dies or their screen is smashed, Plumpton College can help by printing out a replacement ticket on the day.

"Before, students were always losing their bus tickets, but they never seem to lose their phones! It has been much, much simpler."

Rebecca has also found the level of support from ShuttleID incredibly responsive. Rebecca said, “I remember emailing one weekend, and I got a response and a change on the website there and then.”

Since going live, Rebecca has used the journey logs to uncover travel patterns, which help her decide if further transport is needed on busy days, making sure nobody is left out in the cold.

In fact, she’s realised ShuttleID does a lot more than confirming she has the right passenger numbers; the system is paying dividends regarding safeguarding and behaviour issues. Recently, for example, when a student reported being bullied on the bus, but they didn't know who it was, Plumpton simply sifted through the passenger list and photos to identify the troublemaker.

The SMS service text alerts are an added feature that helping with safeguarding. Rebecca recalls an emergency where she needed to get an important message out and required the details of those onboard a bus. Now she has that information at her fingertips and can send messages instantly. She said, “To have these features makes me feel much more in control.”

Overall, Plumpton College estimates that using ShuttleID has saved the cost of one extra full-time member of staff. Importantly, Rebecca now has much more time to focus on her role as Student Welfare Officer, rather than as the sorter of bus tickets!